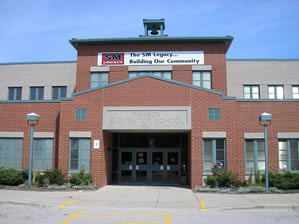 Milwaukee Journal Sentinel: Sometimes, the kids playing kickball on the playground of Rawson Elementary School in South Milwaukee get into arguments over whether someone was safe or out. Or whether someone did or did not touch a base. They don’t always handle their differences in the nicest way.

Behavior at the school? “It’s not perfect,” one fourth-grader told me when I visited just as the school year was coming to an end.

But I am not here to criticize. In fact, my purpose is to praise Rawson and the other five schools in the 3,200-student South Milwaukee district for the bigger picture of how people treat each other (adults and students both).

South Milwaukee schools have been working for seven years on a broad effort focused on building the character traits of everyone involved in the schools and making school life as conducive as it can be to success both in academics and, in broader terms, daily life.

That led to South Milwaukee being named a “national district of character” this year by Character.org, a Washington-based nonprofit that promotes and assists efforts to make character education part of what schools do. South Milwaukee is one of only four districts nationwide to receive the recognition.

There also were 83 schools named “national schools of character” this year. One was Greenwood Elementary in River Falls.

One is that there are so many schools where the atmosphere created by the way people treat each other impedes education. This goes not only for how kids act but for how adults in the school sometimes treat kids — and other adults. (I’ve witnessed these things.) So much class time in so many schools is taken up with behavior problems. More broadly, a positive school culture leads to more positive outcomes.