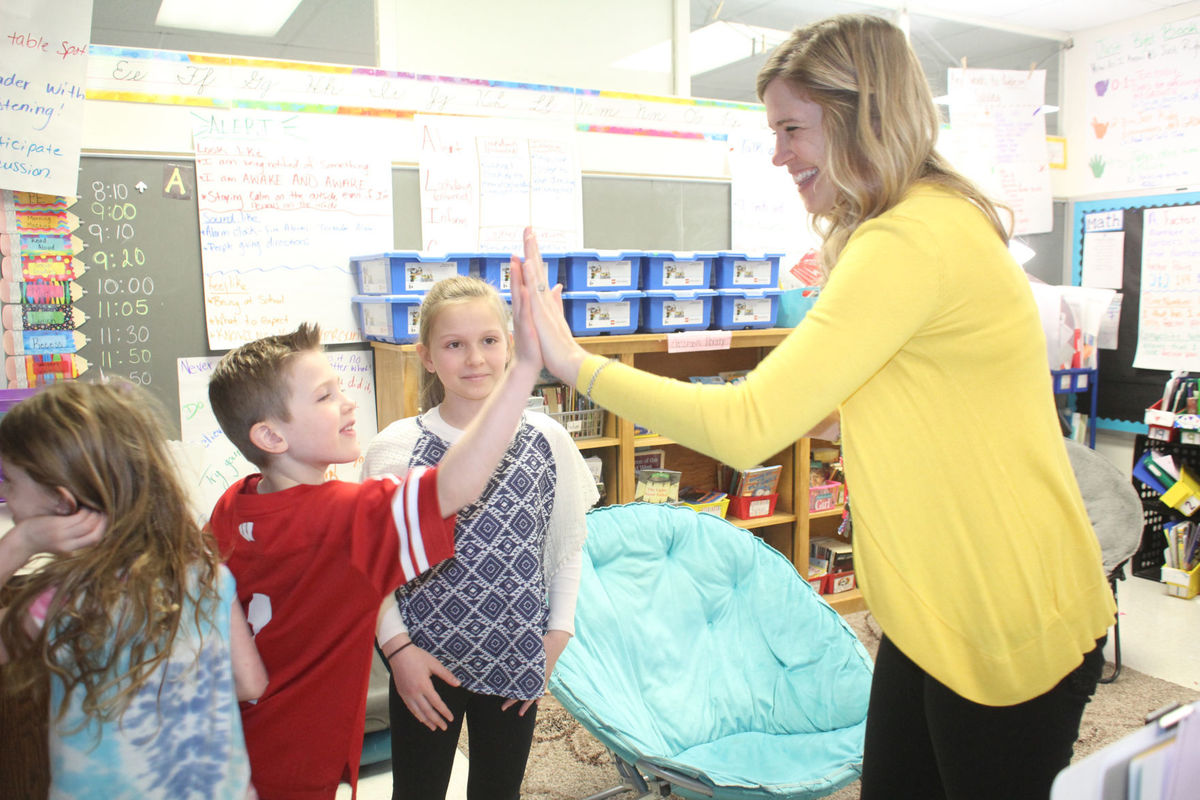 ConnectStoughton.com: Monday afternoon, Sandhill Elementary School principal Jeff Fimreite was covered nearly head to toe in dripping pink slime his students had dumped all over him.

And he couldn’t have been more pleased.

These weren’t naughty kids gone wild – in fact, they were some of the most well-behaved students in the school. Fimreite was just “taking one for the team” by getting slimed as a reward for kids’ positive behavior so far this year.

And while not all elementary schools have principal-sliming assemblies, they’re finding creative ways to promote the district’s PBIS (Positive Behavior Intervention and Support) initiative, from handing out colored cards to getting tickets for rewards.

To help teach all students good behavior, Stoughton Area School District staff began using the PBIS framework in 2012 to reinforce positive behavior, rather than focusing on negative ones. While it’s been in place for six years, PBIS continues to evolve.

The students love it, administrators say, and best of all, principals at all three elementaries say, it’s showing positive results in their behavior.

Kegonsa Elementary School principal Erin Conrad said in one year, the schools has cut our “major” behavior referrals by over half, and in some months they are down by 70 percent.

“Our referrals continue to go down,” she said.