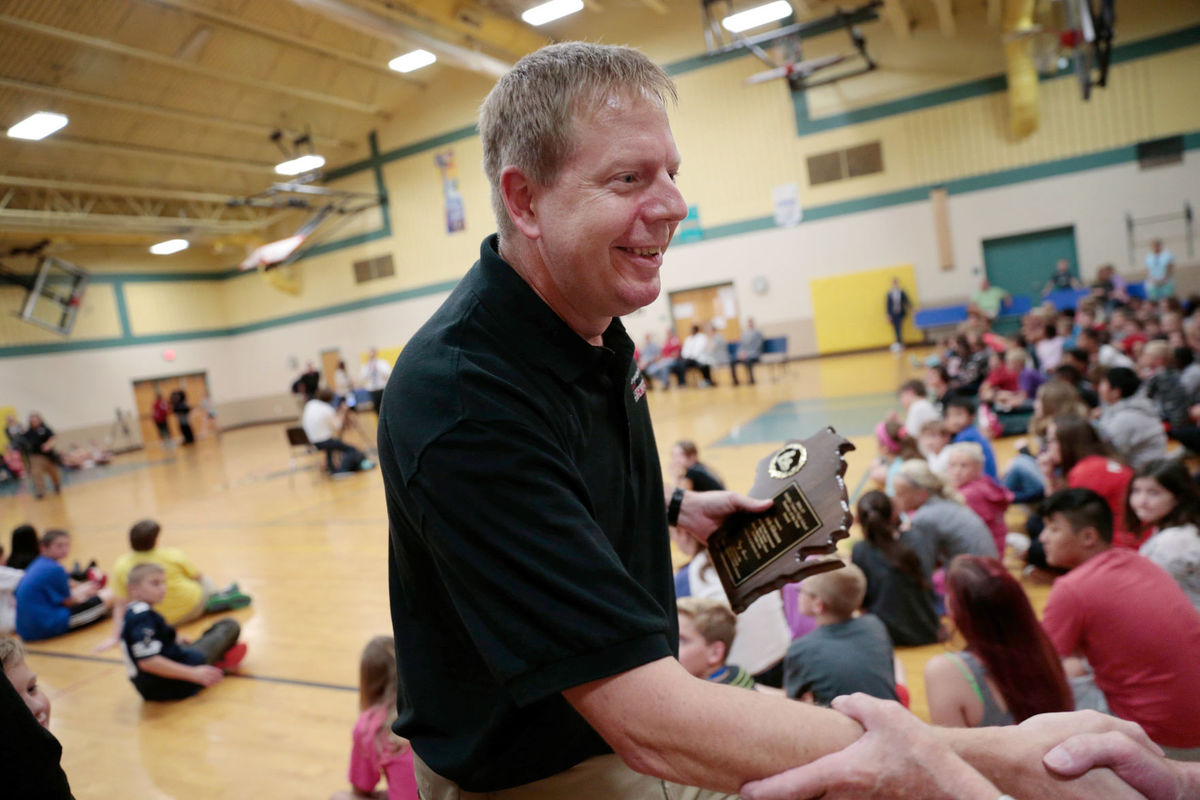 Madison.com: A Sun Prairie band director who was named Wisconsin’s middle school Teacher of the Year in September is now one of four finalists for the overall national honor.

Chris Gleason, 43, an instrumental music teacher and band director at Patrick Marsh Middle School in Sun Prairie, will compete for the 2017 National Teacher of the Year Award with finalists from California, Maryland and Massachusetts.

The Council of Chief State School Officers, which runs the contest, announced the finalists Monday.

He said he’s been told he will be flown to Washington, D.C., in March for two days of intense interviewing by the selection committee. The national winner is to be announced in late spring.

If he were to win, Gleason would be only the second Wisconsin teacher in history to do so, according to the state Department of Public Instruction.

The first national winner from Wisconsin was Helen “Missy” Adams, a kindergarten teacher in the Cumberland School District, in 1961.

It has been 50 years since the last Wisconsin finalist. That honor goes to Paul D. Plantico of Green Bay West High School in 1967.

Beloit Daily News: After spending years behind bars and seeing lives destroyed by the drugs they once sold, the Buchanan men say they are ready to turn their lives around.

That’s part of the reason the Buchanans and other men with a criminal past have joined Community Action’s Fatherhood Initiative. In addition to gaining job and parenting skills in the program, they are performing community service work on Fridays. They visited Hackett and Merrill elementary schools — the two lowest academic performers in the district — to read to children on Dec. 16. The men also intend to give presentations to intermediate and high school students in the School District of Beloit as well as return visits to the elementary schools.

“Our objective is to let the kids know that reading is cool,” said Fatherhood Initiative case manager Michael Bell.

Capitol Times: Lisette Venegas’ second-grade class sat on a multicolored patchwork carpet and gathered around a smartboard. Moana, the title character from the latest Disney film, was on the screen with a mission for Venegas’ students: “Ayúdame a crear una línea.”

As Venegas asked her class who wanted to help Moana make her line, the excitement was palpable. The students listened intently to the teacher’s question, fighting the urge to raise their hands until she was done speaking.

Venegas teaches the two-way immersion (TWI) class at Verona’s Sugar Creek Elementary School. Students enrolled in TWI learn half of the day’s lessons in English and the other half in Spanish.

On Friday, they participated in the Hour of Code, a worldwide program designed to introduce people of all ages to computer science and coding. Each year, Hour of Code content reaches tens of millions of people in over 180 countries in 50 languages.

This is Venegas’ third year leading her students through Hour of Code activities at Sugar Creek. Venegas thinks it is important to expose her students to coding, especially in Spanish.

WiscNews.com: It was a day of celebration and remembrance at Lodi High School for school leaders from Thailand who on Thursday mourned the loss of King Bhumibol Adulyadej.

“It’s a sad moment for the entire country,” said Supannachaht Plangngoen, or “Mr. Chaht” as he’s known by his friends in Lodi.

Supannachaht was one of 10 Thai educators who traveled to the school this week to extend a Memorandum of Understanding between Sa-nguan Ying School in Suphanburi, Thailand and Lodi High School. It’s a partnership that began with an exchange program in 2008 and was enhanced in 2011 to include distance-learning classes for both schools, a dual arrangement unlike any other in the state, according to the Wisconsin Department of Public Instruction.

The Thai educators spent the day visiting several classrooms before celebrating the partnership in a ceremony that featured national anthems from both countries — a fitting display of unity in the opinion of Principal Vince Breunig.

“We really find the similarities between our two cultures,” Breunig said of the partnership. Breunig signed the MOU in Thailand two years ago.

“We really see teenagers are teenagers, whether they’re here or in Thailand.

“In the news, in politics, we spend so much time focusing on how we’re different and not so much on how we’re the same. This shows how similar people are in most things.”

The distance-learning partnership between the schools is “very, very unique” for Thailand, as well, Supannachaht said, giving the Thailand school of 2,500 students a chance to “study abroad without leaving your country.”

The following students achieved AP Scholar designation. These students have completed three or more AP Exams with scores of three or higher:

The following students achieved AP Scholars with Honor. These students earned an average score of at least 3.25 on all AP Exams taken and scores of three or higher on four or more of these exams: 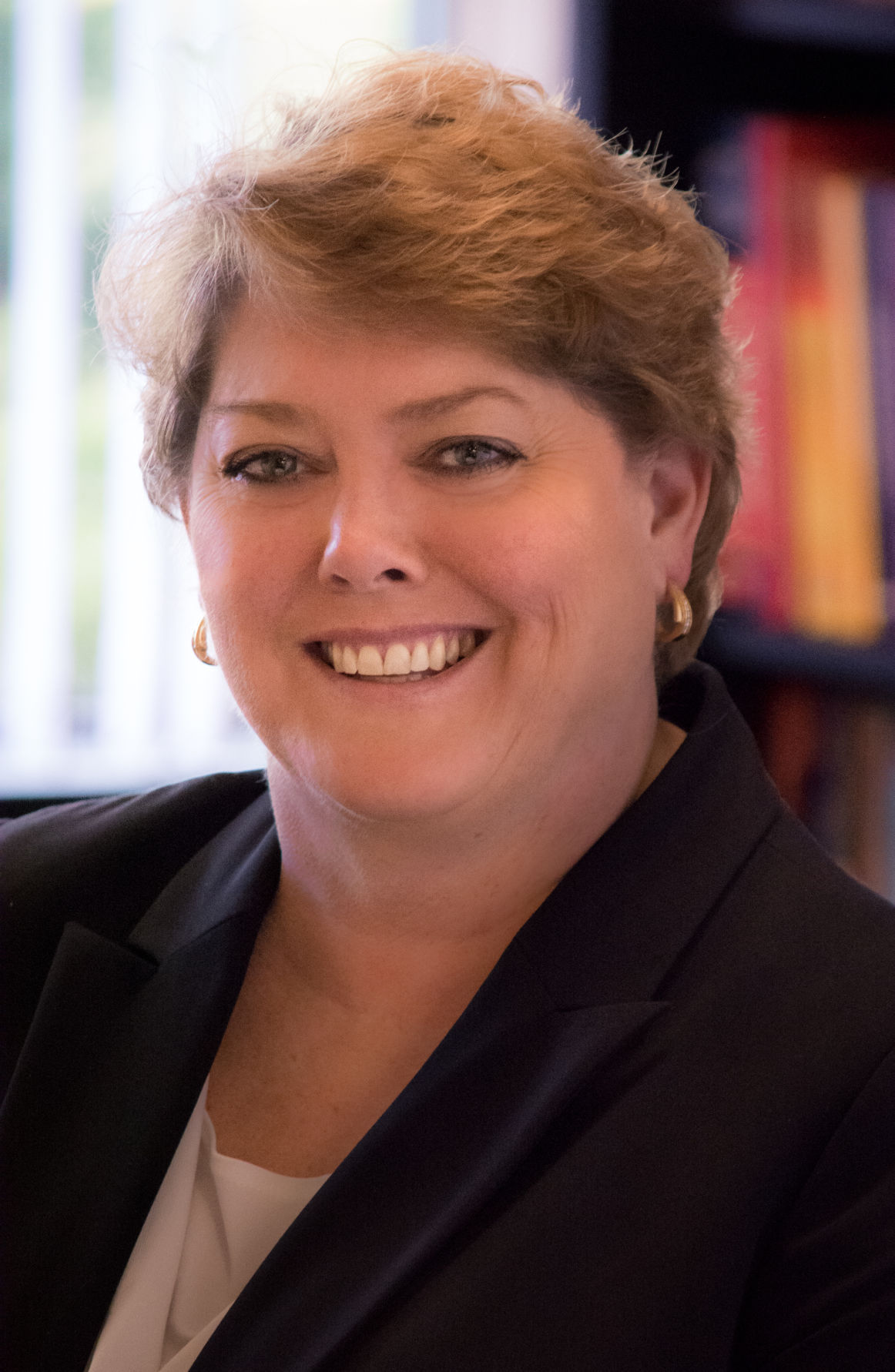 The Journal Times: After a nationwide search, AASA, the School Superintendents Association, has chosen Racine Unified School District Chief Academic Officer Rosalie Daca as one of 20 accomplished women leaders from school districts across the country to participate in the first AASA Aspiring Women Leaders Program, according to a Racine Unified School District news release.

Daca was selected to participate in the AASA Women In School Leadership initiative called “More Than a Power Lunch: Building Networks to Support and Advance Women in School Leadership.” The initiative was launched to help ease the impact of social barriers women face in ascending to the top leadership positions within school systems, and to significantly increase the number of women seeking and becoming CEOs and superintendents of schools.

Fox6Now.com: Making sure there’s food to eat on the weekends — that’s the mission of a program called “Blessings in a Backpack” and Lowell Elementary School in Waukesha.

The assembly line works like a well-oiled machine. Volunteers from four local companies came to Lowell Elementary on Thursday, September 15th to fill bags with food for kids as part of the program.

“Every Friday, we take these bags of food. We put them into the eligible children backpacks and they take them home,” said Regina Estrada, program coordinator.

These are children who get free and reduced breakfast and lunch during the school week.

“They like the variety of food in there and I think also the parents are grateful to have the extra food at home,” said Garcia-Velez.

The national program started in Waukesha County, four years ago with one school and 25 kids. Last year, it fed 962 kids in nine Waukesha and Oconomowoc-area elementary schools.

“We couldn’t have done that without support from the community. We rely on donations to buy the food and we have applied for grants. We’ve gotten great grants,” said Estrada.

The Journal Times: On the mark of United Way of Racine County staff on Wednesday, dozens of young students at Wadewitz Elementary School, 2700 Yout St., began tearing into small backpacks full of supplies for reading and writing.

With the aim of keeping the students sharp over summer, each backpack — and the 10 books inside — came from an adult tutor the student has been meeting with each week this school year through United Way’s Schools of Hope program, which uses community volunteers to boost students’ literacy skills.

“It’s been really great to see them over the year, just how much they’ve developed going from not feeling so confident about sounding out big words to then being able to tackle things on their own,” explained Kirstin Yeado, 30, of Milwaukee, community impact manager at Higher Expectations for Racine County Youth, who has been tutoring two first-grade students all year.

Beloit Daily News: The School District of Beloit has handed out more than $6.4 million in scholarships to the Class of 2016, the most in at least five years, according to Erin Wolf, school counselor at Beloit Memorial High School (BMHS).

Although students are always eligible to obtain merit scholarships from colleges and universities, the amount of available funds from local companies and non-profit organizations in Beloit grew this year, Wolf said.

Beloit Daily News: Beloit Memorial High School (BMHS) teens working on the student house build start their day with the Pledge of Allegiance, before diving into work until 12:50 p.m. Despite their hours of wrestling with all facets of construction five days a week, they say it’s a labor of love in more ways than one.

“Out here, I am motivated,” said student Cory Davie.

“It’s more of a family here,” student Brandon Sachs said. “This program really brought a lot of us together.”

The team has only four weeks to finish the student house build at 2169 Staborn Drive, the second home built by students in the construction program.

Ray and Lynne Brown donated the property after the home burned down two years ago. The existing foundation from the former house is being used, although students are building the rest of the home from scratch. The team started in September and worked on every aspect of this house, with the exception of plumbing and HVAC which was done by professionals. The electric work is being done shoulder-to-shoulder with electricians, said Lyman Elliott, former social studies teacher turned Construction 4 instructor.

Elliott, who started teaching construction in January, had worked in trades and industry to pay his way through college and decided to take a different career turn by leading up the house build.

“This is good work. At the end of the day, we can say it’s attainable and achievable,” he said.