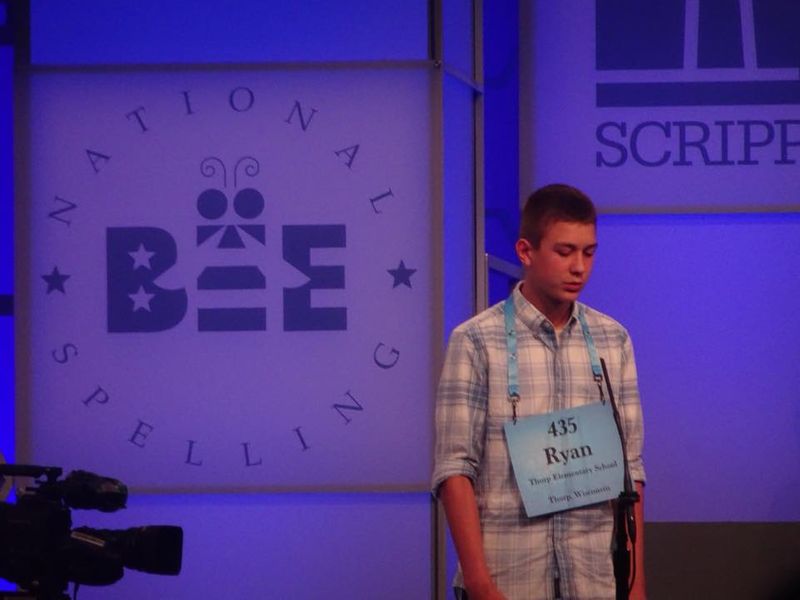 Leader-Telegram: Some middle-schoolers couldn’t care less about spelling. Others, such as one Thorp student, travel the country to prove they’re good at it.

He did not progress to the competition’s finals today because to do so required at least 28 points on a written spelling and vocabulary test all participants took in the first round of nationals.

Tyler Nelson, Thorp Middle School’s principal, said he was proud of Ryan for how far he made it in the competition. Ryan can serve as an inspiration for younger students in the district, he said.

“It just goes to show that hard work can pay off and the sky’s the limit for what our students can accomplish,” Nelson said.

At the national level, Ryan had to face off against 514 other spellers from across the country, including seven from Wisconsin. None of the students from Wisconsin advanced to the finals.

This is Ryan’s first time making it to the nationals, but Nelson said the student competed at the state level a few times.