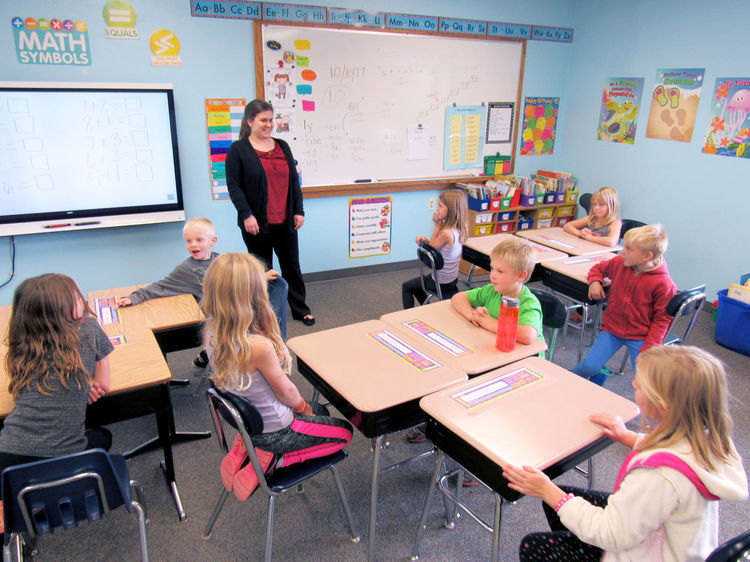 Madison.com: There are no plastic trays, pans of lasagna, a salad bar or even crates filled with cartons of chocolate milk.

Most days, students in the Washington Island School District are on their own for lunch. If they want something hot, they bring a Thermos or use one of the eight microwave ovens in the school’s multipurpose room to heat up leftovers or other concoctions from home.

The closest the school comes to a lunch program is once every other Wednesday. That’s when the student council, as a fundraiser, makes a $4 meal that can include homemade spaghetti, pizza or hot dogs.

“It’s a big hit with the parents because that’s the one day they don’t have to put a brown bag together,” Superintendent Mati Palm-Leis said of the Student Council lunches. “One of the things that’s important to me is that we emulate a school experience that’s similar to other schools.”

But with just 72 students, virtually no funding from the state and its isolated location off the tip of the Door County Peninsula, the state’s smallest prekindergarten through 12th grade district is unlike any other in Wisconsin.

The district, with only one regular school bus and an annual budget of $1.5 million, still faces the same challenges as others around the state. The issues include teacher recruitment, health insurance and transportation costs, taxes, funding special-education programs, finding substitute teachers and convincing residents to run for the School Board.

Read the complete article on the Washington Island School District.

Oh, and they’re surrounded by one other thing — water.

“Being on an island, you can definitely say we’re a very close-knit community,” teacher/​athletics director Michael Gillespie said. “When we say ‘everybody knows everybody,’ that’s definitely true here.”

The island and its roughly 700 residents are located about six miles northeast of the Door County peninsula mainland. All students and school employees live on the island, which connects with the mainland via the year-round Washington Island Ferry Line service.

The island town was established in 1850, and one of the town board’s first acts was to establish a log school near Washington Harbor (now Schoolhouse Beach). The 35-square-mile island later maintained four schools simultaneously until they were consolidated into one school about six decades ago. The current school building, which opened in 1986, houses all grades under one roof — with separate wings for a high school, middle school and elementary school.