La Crosse Tribune: America is experiencing an empathy deficit. At a time when teens are 40 percent less empathetic than they were 30 years ago, cultivating empathy should be a high priority for parents and teachers, says Michele Borba, an educational psychologist and author.

At UW-La Crosse’s Fall for Education Conference Nov. 3-4, Borba will share how to teach students the nine essential habits of empathy — lessons from her latest book, “UnSelfie: Why Empathetic Kids Succeed in Our All-About-Me World.”

It is sponsored by the university’s Institute for Professional Studies in Education program.

“Education is changing so much,” says Patricia Markos, director of UW-L’s IPSE program. “We are finding out so much more. If we [educators] can be the ones to make a difference in a child’s life while in school, we should be the ones making that difference.

“A teacher might be the only person in child’s life who ever gives them a compliment or smiles at them,” Markos said.

News8000.com: A new home is built in the city of La Crosse by area high school students.

They showcased their work at an open house Wednesday.

Last year’s senior class framed the building, while this year’s group of seniors built the garage, put on the exterior siding and finished the interior work.

For city leaders, partnerships like this are big for the community.

“It’s incredible. I mean, we’re so proud of them and the workmanship and the skills that they’ll take through their whole life now, whether it be for actual careers or for their own homes,” said Jason Gilman, City of La Crosse’s Director of Planning and Development.

The home is part of the district’s partnership with the City of La Crosse’s Replacement Housing Program.

View the complete coverage on New8000.com. 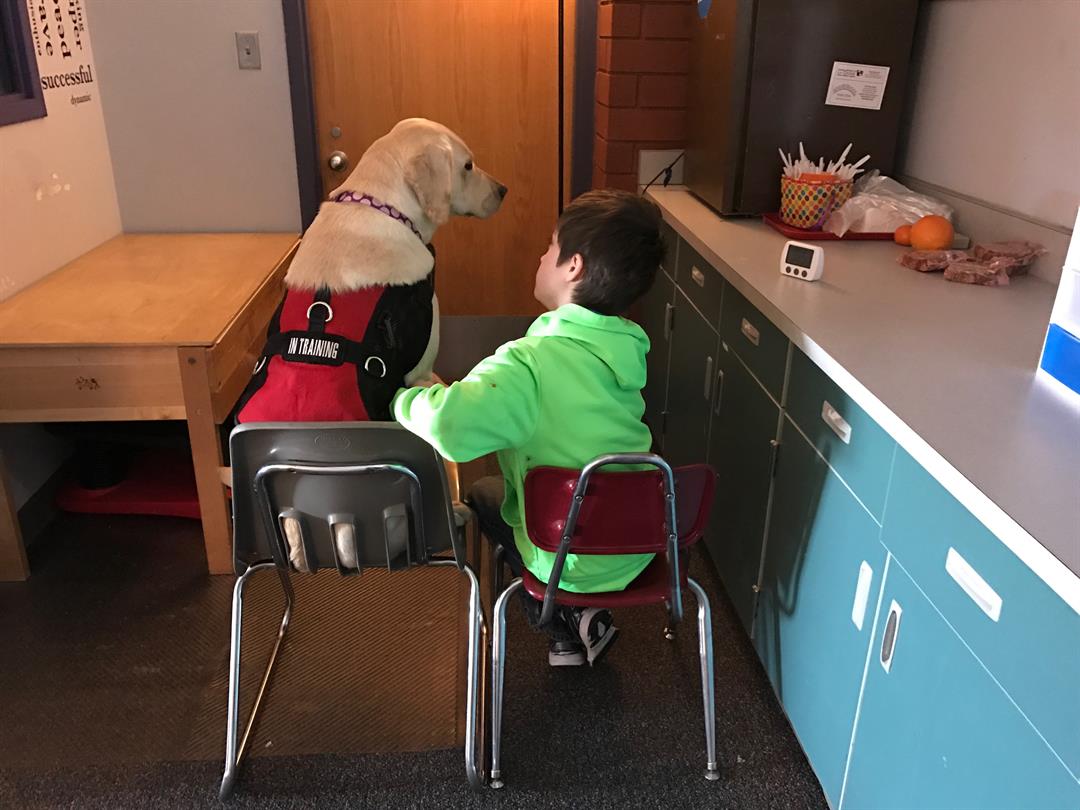 WXOW.com: A La Crosse school is one of the first in the area to have a specialized dog to assist students.

As you know, service dogs are used in everything from search and rescue to pushing the button of an elevator for someone with a disability.

At Northwoods Elementary students are quick to pay attention to the man at the front of the room and his dog. Scott Dewey is from Retrieving Freedom, a service dog training program. Many of his canines, like Max, work with veterans with PTSD.

“These dogs do nightmare interruption.  They help get you into public.  They actually sit in front of you, behind you and not guard you but they work to give you a buffer zone,” said Dewey.

“She can help kids that are having bad days  and help mitigate melt downs and assist with transition zones,” said Dewey. 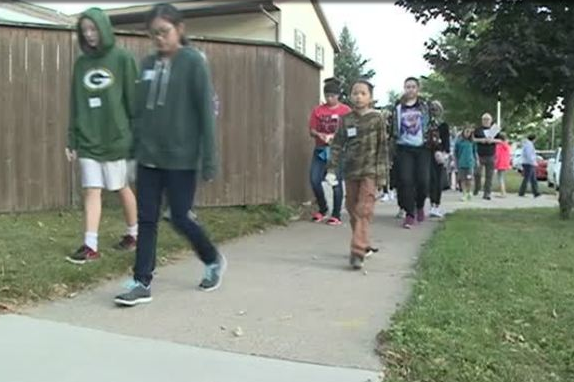 News8000.com: Hundreds of La Crosse students were out before school Friday morning… making a positive impact on their community.

Students were separated into groups with designated blocks to walk through, picking up debris and loose trash along the way.

The project is a part of the school’s Positive Behavioral Intervention and Supports program which aims to teach and reinforce respect, responsibility, and relationship building.

“It was something we developed as a PBIS team and thought, ‘This is a great way to get the kids out there and let them see that what they do can make a difference.’ And we decided that it would also be a great way to kick off the school year,” said PBIS Tier 1 Coach Mandi Hundt.

The students were out until nine Friday morning.

Afterwards, students attended an assembly to further expand on those PBIS values.

News8000.com: The shelves of a local food pantry are filling up thanks to the efforts of employees of a local business.

Tammy Huntington, an employee of McLoone Metal Graphics of La Crosse, decided to start a fundraiser to benefit local students during the summer. Through donations from fellow employees, the business was able to collect about $450 worth of food for the Hunger Task Force of La Crosse.

Huntington says her donation drive is an example of how easy it is to help those in need.

“It’s no fault of their own that they don’t have the food that they need to survive and I just think it’s sad with where we live and how easy it is to reach into your pocket and donate just a little bit,” said Huntington. 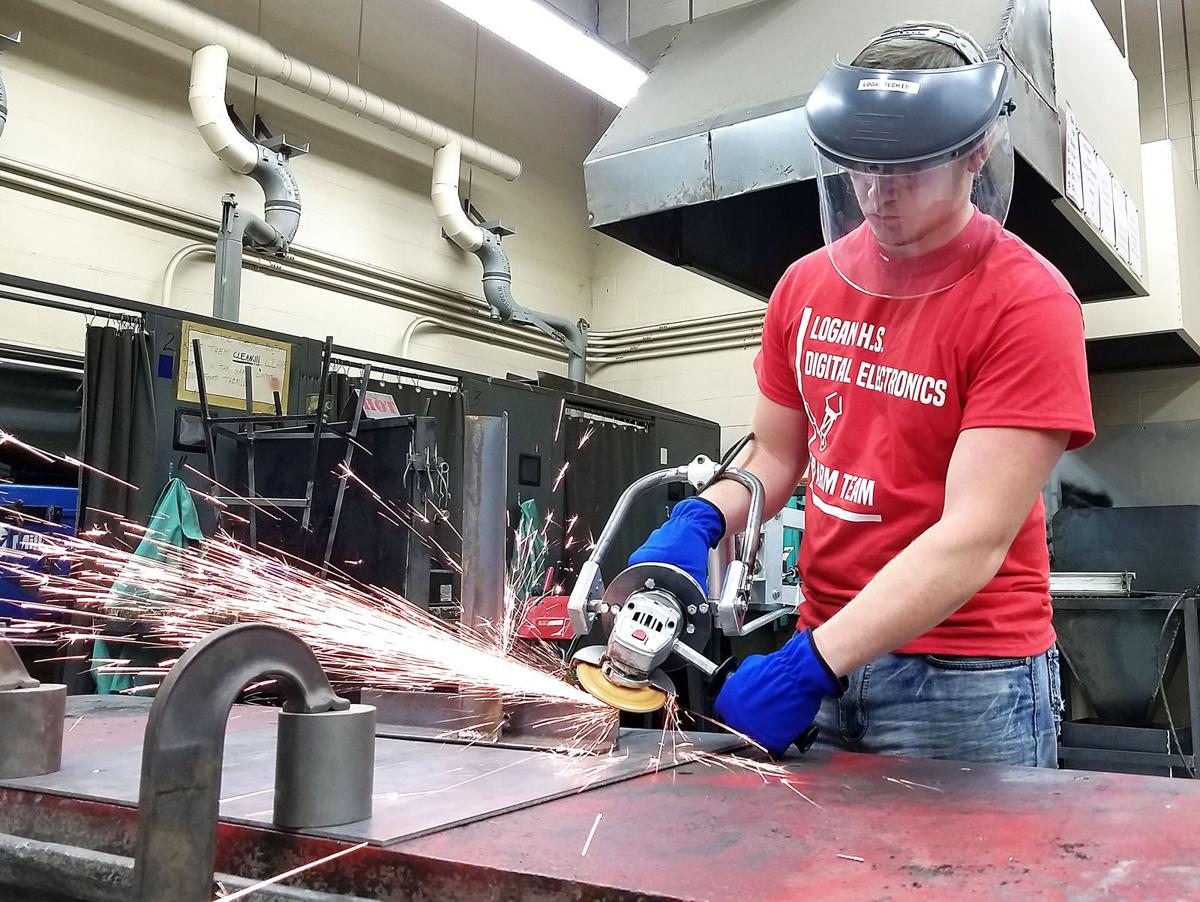 Students in Logan High School’s Project Lead the Way digital electronics class demonstrated their finished exo arm on Thursday. The arm, funded by a number of local partnerships and grants, including $1,750 from the La Crosse Public Education Foundation, is designed to help workers operate a metal grinding tool by reducing the amount of force and stress on the body as well as increasing productivity.

News8000.com: Another school in the area is hoping to help the hungry here at home.

Logan High School recently opened ‘The Logan Table,’ a pantry set up for students and families who may have trouble having enough food at home.

The pantry is maintained by staff members at Logan and is stocked with items provided by the Hunger Task Force.

They held a curbside event outside the high school Thursday to make sure everyone had enough food to last through the upcoming spring break.

Teachers say about 48% of students at Logan qualify for free or reduced cost meals at the school and they didn’t want to see anyone go hungry.

“We worried that ‘how can you focus on learning when you don’t have food at home to eat?’ So we started the pantry at school so that the students could access it, because often you have to be 18 years old or you have to have a car to get to a food pantry,” said Logan H.S. Special Education Teacher Tricia Gibbons.

Associated Press: Zade Johnson was 17 when he first became homeless.

The Logan High School senior arrived home on a November 2015 night after a call from a social worker and found two police cars parked near his home, the La Crosse Tribune reported. His mom, an alcoholic, was drunk again, he recounted, and had kicked Johnson’s case worker out of the house.

When he arrived, he said, she charged at the police and Johnson. His younger brother was taken into foster care, but the police told Johnson he couldn’t stay there and had to find somewhere else to live.

“At that moment, all I could think about was: ‘How could she do this to us?'” he said.

Johnson is not alone in struggling with homelessness. Last year, the Wisconsin Department of Public Instruction reported 180 homeless students in the La Crosse School District, the highest number reported at the school during the 13 years the DPI has collected data, and more than a third of the total homeless student population in the region that year.

Too old for the foster program, Johnson stayed first with the family of a Logan staffer, and then with his father for a few months before finding a home with a family he was close to at church. A volunteer with the Boys and Girls Clubs of Greater La Crosse and a member of the U.S. Army National Guard, Johnson said the support from people around him helped keep him from falling through the cracks at school.

Staff members encouraged him to enroll in Logan’s LaCrossroads program when his grades slipped in math. The Boys and Girls Clubs were a second home for him, and the family he lives with now in Onalaska helped teach him to drive and encouraged his passion to become a professional umpire.

“They really taught me a lot,” he said of the two families that took him in. “I had to grow up so early, but they were such great role models.”

At any given time, 1 or 2 percent of the students in the district are homeless, La Crosse Superintendent Randy Nelson said. Ensuring students succeed in these situations, when their entire world may be turning upside down, is a big challenge for educators, especially as the issue gains more federal attention through the new Every Student Succeeds Act, which replaced the No Child Left Behind legislation.

The majority of students who report being homeless are in elementary school, said Regina Siegel, La Crosse’s director of pupil services and learning supports. Those number taper off in middle school and high school, but she said the stigma attached to homelessness might lead to under-reporting.

“They may think we’re just signing “Old MacDonald” or signing “Up on the House Top”, but we know we’re working on something far more than just singing those familiar, fun songs for them,” said Amy Schaack, music therapist and owner of Life in Harmony Music Therapy.

“We primarily service individuals who have development disabilities or neurologic impairment,” said Schaack.

For the first time, they’ve been hired to work with an entire classroom of students in the intellectually disabled program at Summit Elementary in La Crosse.

The therapists are teaching these kindergarten through third-grade students basic skills, for example steps for using the bathroom.

“The overall goal is to really learn and be able to follow all of our school rules, and to follow those no matter where they are… in the classroom, in the playground, in the hallway, in the bathroom,” said Resa Hawes, intellectual disabilities and autism program support teacher for the La Crosse School District. “We really want them to be able to be a part of our school environment without having to have those constant reminders of what the rules are and how to follow them.”