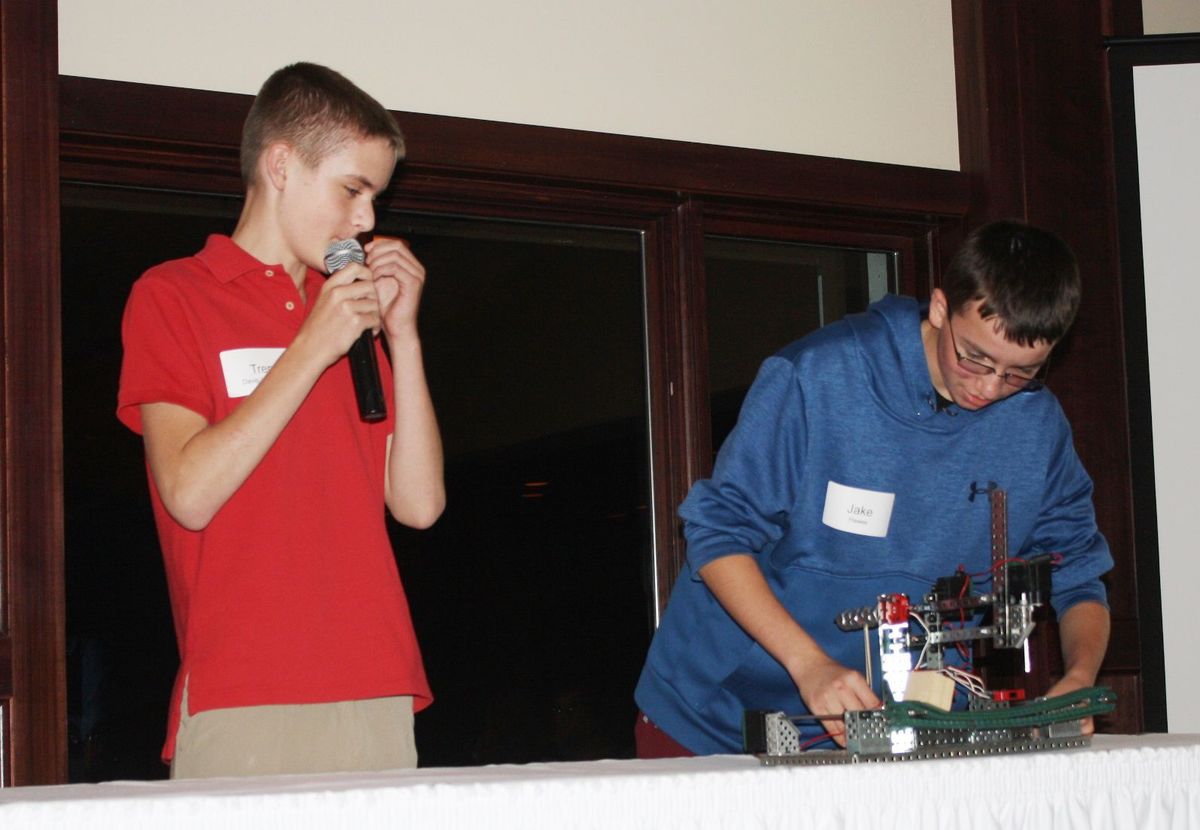 Onalaska Holmen Courier-Life: For the second year in a row, students in the Holmen School District dined on a lunch of student-grown food. The main ingredient and vegetables for the recent Winner, Winner Chicken Dinner, Part Deuce, were grown by the district’s FFA members.

“Last year was the trial run,” said Holmen FFA member Greg O’Laughlin. “This year, we were much more organized and people were more aware of it (the special lunch) and more appreciative of what they’re eating.”

More than 3,000 servings of the home-grown chicken were prepared and served by school nutrition staff members on Jan. 29 for all the students in the district’s six school buildings.

The menu also featured student raised corn-on-the-cob. When the corn was picked last fall, and the food service staff blanched and froze the corn until it was brought out and cooked for the special meal.

News8000: People out doing some holiday shopping the next few days can add Holmen High School to their list of stores to visit.

The store is called the Meltdown and it’s completely run by a group of Holmen seniors as part of their entrepreneur class.

It features products from local businesses and Holmen Vikings apparel, and while it’s not a fundraiser, the money raised will be helping a former classmate.

Whether you’re looking for crafts, stocking stuffers or just something to keep your head warm this winter you can find it at the Meltdown.

The store is inside Holmen High School and run by students, giving them the experience of owning and operating a business.

“I thought it would be a lot easier than it actually was,” student and operations department manager Whitley Chalsma said.

The adaptive sports league started in 2012 when Onalaska coach Jim Cappuccio started a team at his school. Holmen coach Nick Slusser came on board shortly after that, followed by teams at Logan High School and Central High School in La Crosse.

This year the Holmen team is at capacity with 15 students, Slusser said, with make and female athletes from grades nine through 12. The league competes throughout the school year, with indoor soccer in the fall, floor hockey in the winter and indoor baseball in the spring.

As coach, Slusser said he treats the students the same as he would any athlete in a varsity sport. Participants have after-school practices where the do warm-ups, drills and scrimmage. The coaching model is slightly different, he said, with an emphasis on learning and building skills that help students be successful.