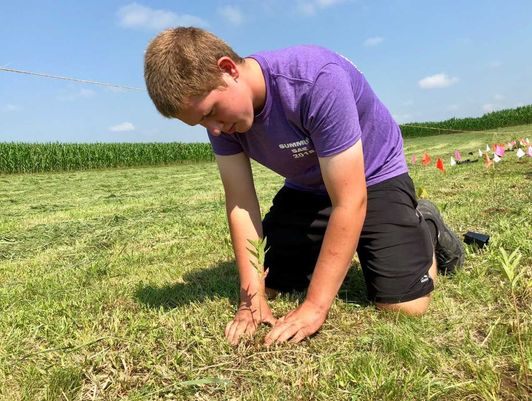 “This is the real deal,” said Marge Waite, who has taught agricultural and plant science courses in Oconomowoc since the 1980s. “It’s a timely project that people are interested in.”

Insect pollinators and monarch butterflies are essential for crop pollination and ecological diversity. They are at risk partly due to loss of farmland habitat. The pilot project encourages schools with greenhouses to grow vegetation such as red milkweed, compass plants, rattlesnake master and purple coneflower, and transplant them in rural areas. Oconomowoc High School fit the bill with a commercial greenhouse and a 74-acre school farm. 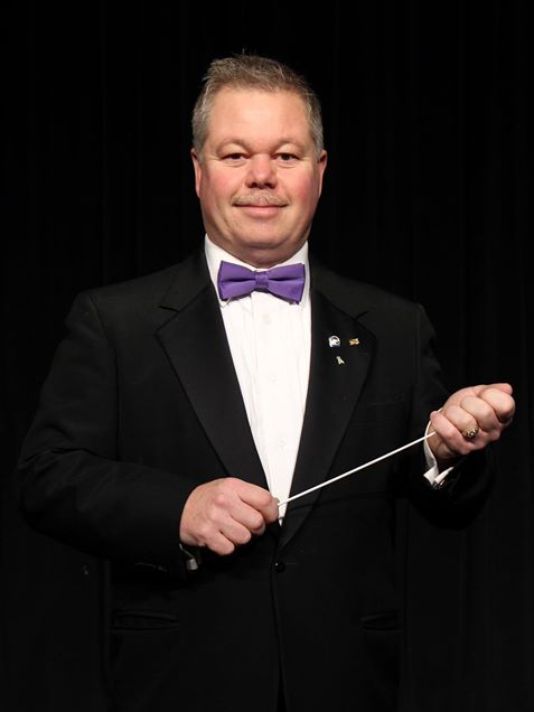 Journal Sentinel: Michael Krofta, a 26-year teacher at Oconomowoc High School, received one of the highest honors in music education for the state of Wisconsin recently.

Krofta, the conductor of the school’s wind symphony, concert band, Jazz Ensemble I and jazz combo, pep band and marching band, and who also teaches lessons at the school, earned the 2017 Wisconsin Phi Beta Mu Band Master of the Year Award, according to a Facebook post from the Oconomowoc Area School District’s Band Aids group.

“I am very humbled that my fellow band directors from the state of Wisconsin, who are all master educators, have selected me as the Phi Beta Mu, 2017 – Wisconsin State Bandmaster of the Year recipient,” Krofta said in an email to Lake Country Now. “I was inducted into Phi Beta Mu in 2003, and I believe this honor is a reflection of the tradition of excellence the Oconomowoc Area School District band program has had for many years. I have had the wonderful opportunity to have taught at Oconomowoc High School for going on 27 years! The students, parents, staff, administrators and community really make this an amazing place to work!! This is an awesome community!!”

The Phi Beta Mu organization is a national bandmasters fraternity that honors outstanding band directors for their paramount dedication and devotion. According to Krofta, the first official meeting was held at the Rice Hotel in Houston, Texas in February 1939. Almost every state has an active Phi Beta Mu chapter, and each year, every state chapter elects its “Bandmaster of the Year.”
Read the complete article on Michael Krofta.

Lake Country Now: Right before the end of school let out for the summer, Silver Lake Intermediate School’s gifted and talented art students put the finishing touches on an art project they had worked on daily since February.

The multifaceted work is a five-piece mural to be displayed on the exterior west wall of the school and serve as the backdrop for an amphitheater.

The project was made possible through a grant from the Imagine a Day, Courtney Bella Foundation. Eight years ago, Courtney Bella, a fourth grader at Summit Elementary School was killed, along with her mother, Jennifer Bukosky, and her unborn sister, in a tragic automobile accident caused by an intoxicated driver. A few weeks before her death, Courtney wrote a poem entitled “Imagine a Day.”

Within months after the accident, Courtney’s dad, Brad Bella, established the Imagine a Day Foundation to serve as an endowment for creative and performing arts for students in the Oconomowoc Area School District.

Lake Country Now: The Oconomowoc High School Wind Symphony is one of just 18 high school groups from across the United States that have been selected to perform at the 2016 Music for All National Concert Festival next week in Indianapolis.

The festival is the biggest gathering of high school bands. It is considered to be a great honor to be selected. With the launch of the festival in 1992, it has attempted to offer powerful experiences for young musicians.

“This is really huge for us, as we will be representing our school district, high school, music program, community and the state of Wisconsin,” Krofta said.

Lake Country Now: In the midst of the holiday season, it is fitting to remember that many struggle to meet the most basic needs of their families.

With that in mind, Oconomowoc High School teachers Steve Olson and Mark Jappinen, along with the school’s building trades and engineering students, launched its Build a Home to Feed a Home project.

The goal is to fill the structure with nonperishable food items to donate to the Oconomowoc Food Pantry.

“This is something I saw in a builders magazine and thought our school community could embrace,” Olson explained.

An Oconomowoc eighth-grade algebra class worked on understanding the skills associated with being a productive team member by attempting to accomplish hands-on task.

Each group of four students was made up of a resource manager, a facilitator, a recorder and a task manager. Students were given raw materials, including bendy straws, tape, scissors and a golf ball. Their assignment was to work together to fashion something out of these materials that would catch a golf ball dropped from six feet in the air. Read more.